Kohli vs Anderson was one of the battles people were looking forward to on Day 2 of the first Test. Anderson was all over Kohli in the 2014 tour but the Indian captain made things even by emerging as the leading run-scorer in the last tour and not giving his wicket away to Anderson even once. All the build-up of the best Indian batter against the best England bowler came to a tame end as it took just one delivery for Anderson to send the Indian skipper back to the pavilion. Meanwhile, Kohli’s wicket took Anderson on par with Anil Kumble’s tally of 619 wickets.

Anderson now is just a wicket away to become the third-highest wicket-taker in the history of Test cricket after Muttiah Muralitharan and Shane Warne. The England bowlers helped England storm back in the game, restricting India to 125- 4 before rain forced early stumps on Day 2. In the post-match press conference, Andreson said Kohli’s wicket pulled the momentum back in England’s favour.

“I feel like I’ve challenged Virat in that area before. He either played or missed or left it. He’s always been good enough to sort of get through and today it was just one of those days where he nicked it. Getting Kohli out that early was quite unusual,” Anderson said at the end of the day’s play.

Anderson kept on beating Kohli in the previous tour, there were edges that went between the slips and even a few drop catches as well. However, this time around, Anderson has got the tour off with a bang. He was jubilant after dismissing Kohli and was seen leaping in joy. It’ll be interesting to see how Kohli bounces back from a miserable start.

“He’s such a big wicket. To bowl the ball exactly where I wanted it to and for him to nick it as well. It was just an outpouring of emotions to get the team back into the game. Getting their best player out is something that doesn’t happen all that often.”

“ To be honest, it’s not really something that we thought about too much, particularly to him. What we try to do as a group is trying to challenge that fourth stump area, the defence as much as possible. Obviously to get a couple of quick ones like that is really important, especially with Virat being such an influential player for them. Always good to get him early,” Anderson said. 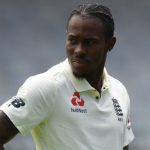 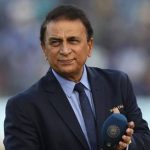