Former Indian opener Sunil Gavaskar was honoured for completing 50 years in International cricket. The legendary batsmen, who made his debut against West Indies on March 6, 1971, received awards during the lunch break of the third day in the ongoing Test between India and England.

Gavaskar was the first Indian to reach 10,000 runs in Test cricket. He also held the record for most hundreds (34) before it was broken by his successor Sachin Tendulkar. He played against the likes of Malcolm Marshall, Andy Roberts, Michael Holding, Winston Davis and dominated them. The shining point of his career was his magnificent batting display in the 4 Test series against West Indies where he notched up 774 runs including 4 hundreds and 3 fifties at an astounding average of 154.80, on spicy wickets of the Caribbean.

Another memorable inning of Gavaskar came against England at the Oval in 1979 where the opener almost pulled off an unbelievable win. India were set a target of 438 which they needed to chase in around 4 sessions. They got off to a good start and ended day 4 at 76-0, needing 362 runs on the final day. Gavaskar started slowly but soon picked up the pace, smashing the English bowlers to all corners of the ground, racing his way to a mammoth 221. His wicket helped England to induce a little panic in the Indian dressing room as the teams settled for a draw, 9 runs short of the target.

“I can’t still believe 50 years have gone past. It almost feels like yesterday. Every school kid’s dream is to play for India. That was my dream as well,” Sunil Gavaskar told broadcaster Star Sports.

“I was given the India cap along with the blazer as well as the sweaters before the start of the tour. I had kept that cap in my kit bag, I was determined not to use it till I actually played for India. To put it on Day 1 was just an amazing, amazing feeling,” Gavaskar added.

“Fifty years of an outstanding journey of Sunny Sir. Thank you for inspiring us & making us all proud of everything you have done for the country & the field of cricket. Wishing you the best always! #50yearsOfSunnysir,” wrote Raina

Post his retirement, Gavaskar has taken up the commentary role. 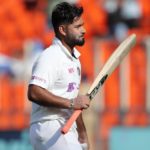 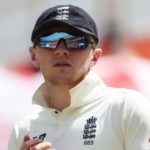