Joe Root received praises from all corners of the world after his magnificent double hundred against India in the 1st Test at Chennai. Among the many who lauded Joe Root for his mammoth effort was the former Indian Cricketer Gautam Gambhir.

Gambhir in an interview to Cricinfo said that the young Indian cricketers can learn how to play spin in the subcontinent from Joe Root. Gambhir praised Root for his concentration and said that the conditions in Sri Lanka and India are never easy to bat. He said that Root is hungry to score runs which is a trait of a great batsman. Root has two double hundreds and a magnificent 186 to his name in his last three innings.

“When you are playing in that kind of heat, Sri Lanka is not an easy place to get those big hundreds, Chennai is not that easy place even if we are in February right now. But it’s never easy in Chennai. Look at the concentration level that goes along with skill; People can learn a lot how to play spin, especially from Joe Root. It isn’t only about learning to play spin from Indian batters; it’s about learning from whoever does well. ” Cricinfo quoted Gambhir.

“Joe Root is a prime example, and a lot of young Indian players can see that it’s not important to be a subcontinent player to dominate in the subcontinent, you need to have high-quality skills, and you can learn so much from Joe Root here.”

“When people speak about him not being in the fab four or fab five, ultimately that is never the case. No individual wants to be rated like that, and they just want to contribute. Look at the hunger, 228 in the first Test match against Sri Lanka, then 186 and now 156 not out, it’s concentration plus skill,” added Gambhir

Root’s magnificent knock has put England in command in Chennai. The visitors ended day 2 at 555-8. The series is very important in the context of the World Test Championship. India will need at least a 2-0 win to qualify for the final of the WTC at Lords. A 3-0 or 4-0 win for England will take them through. Australia also have an outside chance if England can beat India 1-0, 2-0 or 2-1 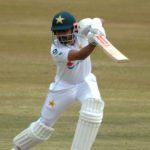 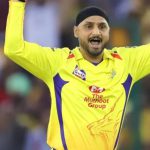