Deemed as favourites for the title, team India failed to make it to the semifinals of the 20-20 World Cup. They were officially knocked out of the tournament after New Zealand defeated Afghanistan by 8 wickets. Earlier, the team had lost their matches against Pakistan and New Zealand to fall behind the race for the knockouts. The team will now look to end the tournament on a high against Namibia. The match will be the last game for Virat Kohli as India skipper. It will also mark the end of head coach Ravi Shastri, bowling coach Bharat Arun and fielding coach R Sridhar’s term with team India.

Former cricketer Harbhajan Singh congratulated New Zealand for booking a spot in the semifinals. Harbhajan wrote, “Well done @BLACKCAPS for getting into the semis. You guys deserve it. How good is Kane Williamson wah.. love this man and his NZ team.. I know India isn’t going forward, no worries we will get better and come back stronger @BCCI.”

Former speedster Venkatesh Prasad wrote that India didn’t play to their potential and the early exit will hurt the team for a while.

Well done @BLACKCAPS for getting into semis..you guys deserve it. How good is Kane Williamson wah.. love this man and his NZ team.. I know india isn’t going forward no worries we will get better and come back stronger @BCCI

So after 9 years and 6 succesive semi-final qualifications, India fail to qualify for the semi-finals of a ICC event. Haven’t played to potential and it will hurt the team a lot. Time to get the act right for next year’s world cup in Australia.

Meanwhile, fans were also not behind and brought a meme fest on Twitter.

India gets knocked out of an ICC Championship.

So sad india got knocked out of the #t20worldcup #NZvAFG pic.twitter.com/NsYpzzFsHr

England will take on New Zealand for the first semifinal on November 10, while Australia have been booked against Pakistan for November 11. 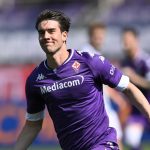 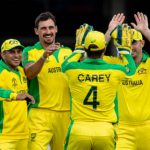