An India-Pakistan contest is much more than just a game for the fans but for India skipper Virat Kohli, it’s just like any other match. India and Pakistan don’t face each other often and only play in International events and Asia Cup.

Given the rarety of the contest and the rivalry between the two countries, the hype around the match is like no other. Kohli said that it’s just the fans who create a huge buzz around the match but for the team though, it’s like any other game of cricket. India – Pakistan are set to lock horns in their T20 International Cup opener in Dubai on October 24.

“I can talk from personal experience. I have honestly never felt so. I have always approached this game as just another game of cricket. I know there’s a lot of hype created around this game, more so with ticket sales and the demands of tickets and right now, the value of those tickets are ridiculously high. That’s all I know,” Kohli said.

“My friends asking me whether there are tickets left, right and centre, and me saying no. It’s probably the only change that I experience from any other game. Apart from that, we make anything extra out of this game.

“For us, it’s a game of cricket that has to be played in the right way, in the way we know we can. Yes, the environment is different on the outside from the fan’s perspective, it’s definitely louder, definitely more excitement in the air. But apart from that, from the players’ point of view, we stay as professional as we can and always approach this game in the most normal way possible,” he added.

Meanwhile, former India skipper MS Dhoni will be with the team as a mentor for the International T20 Cup. Speaking about the presence of Dhoni in the dressing room, Kohli said it will be a huge confidence booster for the team. “His eye for intricate details and practical advice will help improve the game by one or two per cent. Absolutely delighted to have him… His presence will not only boost morale but also increase the confidence that we already have,” he said. 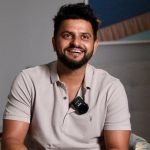 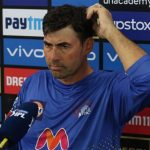