Finn Allen, the young Kiwi batsmen was over the moon after receiving a surprise call up from the Royal Challengers Bangalore for the 2021 edition of the Indian Premier League. Finn was signed by the RCB as a replacement to Josh Philippe. The 21 year old said that the opportunity is like a dream come true for him. Finn Allen is coming from a scintillating New Zealand domestic season and was the highest scorer of the recently concluded Super Smash with 512 runs in 11 games at an average of 56.89 and a strike rate of 192.94.

In an interview with stuff.co.nz, Allen revealed about his discussion with former New Zealand coach and RCB’s director of cricket, Mike Hesson:

“He (Mike Hesson) asked if I was interested in coming, and I was like, you don’t even need to ask me that one – it’s my dream come true. It’s so exciting and pretty surreal. I couldn’t really believe it. It took a while to settle in, and now with all the media and everything, it’s kicking in how real it all is,” said Finn Allen.

Finn Allen plays for Auckland in domestic cricket and made his T20 debut at the age of 17 in 2017. Since then, he has featured in 17 games and has scored 537 at a blistering strike rate of 183.27. Though Allen’s joy knows no bounds, he is slightly disappointed that he broke his lucky bat ahead of the season.

“It was a beautiful bat, and it was a shame it had to go, but that’s what happens in T20, isn’t it. As soon as I was walking out to bat, they were giving me a bit of stick for it, and once it broke, they also gave me a bit of stick for it saying, ‘What’s he going to do now without his lucky bat,’ and then I got out first ball, so there you go.”. 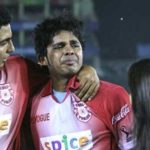 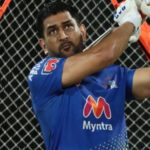