Kiwi veteran Ross Taylor was a victim of alleged abuse on Day 5 of the World Test Championship final. The fans watching the match on television picked up the comments and made ICC aware of the incident. The ICC took immediate action and the fans were thrown out of the Rose Bowl. The said incident happened during the final session of Day 5. While the nature of the abuse was unclear, viewers claimed some of the insults heard during a broadcast of the day’s play were racist.

@ClaireFurlong14 @ICCMediaComms hey folks, is there anyone at the ground taking note of crowd behaviour? There is a patron yelling abuse at the NZ team. There's been some pretty inappropriate stuff throughout the day, including reports of racist abuse directed at LRPL Taylor.

“We received reports of abuse directed at the New Zealand players. Our security team were able to identify the culprits and they were ejected from the ground. We will not tolerate any sort of abusive behaviour in cricket, ” An ICC spokesperson said in a statement to Herald.

The cricket fraternity has been very clear of its stance against racism and fans need to understand the limitations of the freedom of speech and expression. An incident such as this is a black spot on what has turned out to be a fascinating contest.

While the match has been severely affected by rain, there is a slight possibility of a result on Day 6 (reserve day). India will resume the day from 64-2 and would want to score atleast 250 before giving it a go at New Zealand. The Kiwis, on the other hand, would like to bundle out India for not much. Earlier, led by Mohammed Shami’s ruthless bowling, India bowled out New Zealand for 249, 32 ahead of India’s 217. 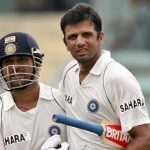