In a bizarre yet rib-tickling incident, a cricket fan left everyone in splits when he asked Shane Warne if he knew how spin works? It started when Shane Warne posted a tweet saying New Zealand made a blunder by not selecting a spinner in the team for the World Test Championship (WTC) final. Using his full brain the fan took it upon himself to give some tips to the legendary spinner on how spin works.

“Very disappointed in NZ not playing a spinner in the #ICCWorldTestChampionship as this wicket is going to spin big with huge foot marks developing already. Remember if it seems it will spin. India make anything more than 275/300 ! The match is over unless weather comes in,”Shane Warne had tweeted.

The fan, probably a New Zealand supporter, reverted with a hilarious response. “Shane do you understand how spin works? The pitch gets dry… this pitch won’t get dry because for the rest of the test, there is due to be rain”.

Frame this, @ShaneWarne and try to understand some spin 🤣 pic.twitter.com/jHpacxg9CQ

Coming back to the WTC final, the Virat Kohli led side, having lost the toss and put in to bat by Kane Williamson, took the honours on Day 1. While we couldn’t get a full quota of 90 overs, India will be satisfied with their score of 146/3 at the end of Day 2. A reserve day will be used to make up for the time we have lost in the match. 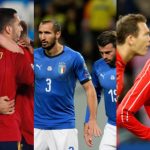 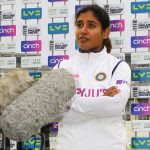