England chopped and changed right through the three-match T20I series against Pakistan and yet, ended up winning the series from behind. They encountered completely different conditions in the decider after the first two turned out to be a high-scoring one. But the hosts were up for the challenge tackling 15 overs of spin from Pakistan in a tricky chase.

No wonder England skipper Eoin Morgan was delighted after the match as he knew the team came out on top after encountering UAE like conditions. Not only this, their ace spinner Adil Rashid proved his mettle for the second game running returning with a brilliant four-wicket haul.

Speaking after the match, Morgan cleared that they are always looking to improve as a side and this was perfect game in that aspect. “It means a huge amount, for the style we play naturally and which we’re best at, this is the worst possible wicket to play on.

“A very proud day on a spinning slow wicket and we won against a very good side. We’re trying to push boundaries, become a better side ,and today we’ll have learned a huge amount,” he said in the post-match presentation ceremony.

In a tense chase, Jason Roy returning to form was a big news for the home side. His 36-ball 64 paved the way for a fantastic start and despite spinners picking up wickets at regular intervals, England were always a bit ahead in the chase. “I just think I’ve got a stronger gameplan and am way more precise with my shots.

“The issues have always been with the way I start my innings against spin. Speaking with Liam [Livingstone] who has played a lot of cricket here, [he said] letting the bowler bowl to you can be to your detriment and letting them bowl dots to you can make you fall into a little bit of a negative rut.

“So I was trying to be proactive as much as possible, whether that was sweeping or reverse-sweeping, and making sure I was very precise in my shots,” Roy said after winning the Man of the Match award in the decider. 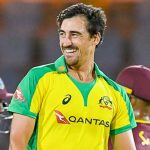 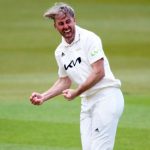