To show solidarity with the England footballers, who have been subjected to unnecessary hate and abuse on social media, England cricketers will take part in the social media ban announced by the English football from April 30th to May 3rd. The ECB, 18 first-class countries, eight women’s regional teams and the Professional cricketers’ Association will take part in the ban.

“In taking part in this boycott, we want to show solidarity with football and amplify its message that nobody should have to suffer abuse, racism or harassment on social media because they play, or are involved in professional sport,” the statement said. The boycott spans the majority of the fourth round of County Championship fixtures this season, with nine games starting on Thursday.

Several England cricketers have also been the victim of online abuse. Jofra Archer posted the screenshots of abusive messages on Instagram last year, Moeen Ali was also abused by a political activist earlier this month. Both these players received plenty of support from their teammates.

“The FA, Premier League, EFL, FA Women’s Super League, FA Women’s Championship, PFA, LMA, PGMOL, Kick It Out, Women in Football and the FSA will unite for a social media boycott from 15:00 BST on Friday 30 April to 23:59 BST on Monday 3 May, in response to the ongoing and sustained discriminatory abuse received online by players and many others connected to football,” said a statement released by the Premier League.

“This has been scheduled to take place across a full-fixture programme in the men’s and women’s professional game and will feature clubs across the Premier League, EFL, WSL and Women’s Championship switching off their Facebook, Twitter and Instagram accounts.
“As a collective, the game recognizes the considerable reach and value of social media to our sport. The connectivity and access to supporters who are at the heart of football remain vital.” 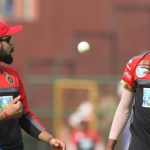 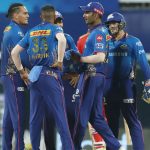