Pakistan will step up their T20 World Cup preparations with series against England and West Indies. The ‘Men in Green’ will play three ODIs and as many T20Is in England before crossing swords with West Indies in five T20Is and Two Tests.

Pakistan head coach Misbah ul Haq believes that the upcoming series against England and West Indies will give Pakistan enough practice ahead of the marquee event in India later this year.

“I’m taking it (tours to England and West Indies) positively and it’s a great opportunity for me as a coach and for us as a team, which could help us to get better preparation before the World Cup,” Misbah said

While England are the current 50 over Champions, West Indies are the reigning T20 Champions and Misbah reckons that playing against these two sides will give a clear idea of where Pakistan stands before the T20 World Cup.

“With the T20 World Cup around the corner, we are fortunate to get an opportunity to showcase our skills against the 20-over world cup and 50-over world champions over the next two months. The series against England and West Indies will be a good test case for us to know where we stand before this year’s T20 World Cup,” he added.

Misbah further highlighted the key areas where Pakistan will be looking to improve in the upcoming series. The former Pakistan skipper said: “The middle-order is one of our major concerns and we have to look at it. We have made improvement in (the) fielding department and I am sure we will overcome our middle-order department before the start of the global event.”

There have been few reports that Pakistan Cricket Board(PCB) have approached Mohammad Amir to reconsider his decision to draw curtains on his career. Misbah revealed that Amir was dropped due to his below-par performances and poor fitness but added that the left-arm seamer can still make it through to the Pakistan team if he comes out of retirement and delivers consistent performances.

“I was the captain when Mohammad Amir made his comeback in international cricket. Last year, we took him to England when I was not only the head coach but also the chief selector. He was dropped due to his performances and injuries. Subsequently, he announced his retirement. If he comes out of retirement and performs, then the doors are open for him, like any other player.” 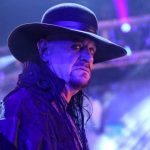 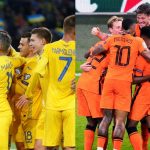