Day 4 of the second Test between England and India witnessed something that is not appreciated in the ‘gentlemen’s game’. Moreover, it is one of the most disgusting acts on a cricket field – yes, the ball-tampering. Images of England players trying to keep the ball under their shoes have been circulating on social media. While the act was intentional or unintentional can’t be said at the moment, the Indian fans are sure that England players were trying to alter the condition of the ball.

A lot of fans started relating it to the sandpaper gate saga where three Australian players – David Warner, Steve Smith and Cameron Bancroft were suspended for one year after Bancroft was caught on camera, trying to tamper the ball with sandpaper.

The conditions are brilliant for batting and the bowlers are not getting any help from the wicket. From what can be seen, the ball was under the shoes of the players not once but thrice which is why the fans are terming it as an intentional move. It will be interesting to see if England come out with an explanation for the same or not.

Meanwhile, earlier in the day, Indian skipper Virat Kohli and James Anderson were involved in a heated argument.

“You swearing at me again are you? This isn’t your fu**ing backyard,” Kohli said to Anderson even as the latter came up with a few words in between. After the fifth delivery was bowled, the India captain continued to have a go at Anderson saying, “chirp chirp chirp. This is what old age makes you. 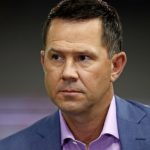 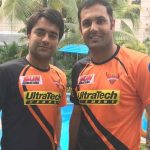