Racism can never be part of the sport. Mohammed Siraj had to endure this during India’s tour of Australia as the fans were constantly having a go at the right-arm pacer. Siraj didn’t get hyper and straight away went to his captain and umpires and explained how the spectators were treating him. Siraj’s smartness and the way he handled the situation was lauded by experts and fans.

Racism was again visible during the first Test match between England and India at Trent Bridge in Nottingham as few England spectators took a dig at Indian players, notably Mohammed Shami and skipper Virat Kohli by using derogatory language after India lost a DRS review.

Apart from this, they also continuously called the team players lazy and cheaters, according to the fan who took to Reddit to share the whole experience during the four days of the Test match.

Things got a bit uglier when a lady fan asked the English fans to stop hurling abuses. The fans apparently asked her of the nationality and when she told them to have some decency and show some respect, the fans chanted ‘Go back to India’.

The lady soon reported her unpleasant experience to the ground officials and they duly took the matter into their own hands and removed that particular man from the ground who had told the 31-year-old lady to go back to India. Although the lady and her family members were moved to another stand, the home crowd continued to tease the team by chanting ‘Delta’ in relation to the COVID-19 variant which was previously named as ‘Indian variant.’ 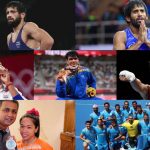 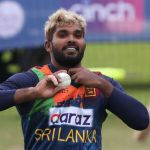