England have announced a strong 18-man squad for the first two Tests of the five-match series against India. They played with an extremely depleted side in the two-match Test series against New Zealand and ended up losing the series. Joe Root will have a near strength squad after a long time at his disposal and it will be interesting to see how the team performs.

However, Jofra Archer is still recovering from his right elbow injury while Chris Woakes was also available for selection due to bruised heel. Both of them are expected to be available later in the series. Ben Stokes and Sam Curran both return to the set up. The name which is doing the rounds at the moment is Haseeb Hameed who has returned to the Test squad after a long time.

The 24-year-old made his debut back in 2016 at the age of 19 had rather impressed in the three Tests he played. He has made his way back into the squad on the back of some strong showing in county cricket this season. Hameed is also currently playing for Select County XI against India in a three-day practice game and had gutsed it out opening the innings for his team.

“India are a quality team who have shown their ability to get results away from home. We are expecting a highly competitive series and have selected our strongest possible squad. The returns of all-rounders Ben Stokes and Sam Curran provide balance that allows us to get back to a structure that has been successful in Test cricket.

“We have selected Ollie Robinson after his seven-wicket Test debut against New Zealand. Ollie proved in that Test that he has the ability to replicate his outstanding form in the County Championship at international level and we will continue to work with him to develop his England career,” England head coach Chris Silverwood said in a statement released by ECB. 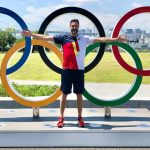 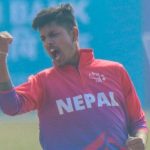