Two former skippers, Sunil Gavaskar and Nasser Hussain got involved in a spicy debate in the pre-match show for the third Test. Gavaskar was irked by a comment made by Nasser Hussain, who had said that Virat Kohli’s team cannot be bullied like the Indian teams of the past. Gavaskar was clearly not amused by Hussain degrading the teams of the past and asked him to elaborate which generation of Indian cricketers he was referring to.

“I just think, the Indian side under the aggression of the past, would have said ‘no no no’. But what Kohli has done is to make them go doubly hard. I saw a little bit of that in Sourav Ganguly’s side and he started that, Virat is continuing with it. Even when Virat was not there, Ajinkya really went hard at the Australians. I just don’t think you want to wake this Indian side up,” Hussain replied.

Gavaskar then cited the records of Indian teams of the past and said being aggressive doesn’t always mean being at the face of their opposition.

“But when you say previous generations were bullied, I don’t think so. I’d be very upset if my generation was being talked about as being bullied. If you have a look at the record, in 1971 we won, that was my first tour in England. 1974, we had internal problems so we lost 3-0. 1979, we lost 1-0, it could have been 1-1 if we chased down 438 at the Oval. 1982 we again lost 1-0. In 1986 we won 2-0, we could have won it 3-0. So, I don’t think my generation we were bullied. I don’t think aggression means you have always got to be at the face of the opposition. You can show passion, you can show your commitment towards your team without yelling after each fall of wicket,” Gavaskar said.

Stunned by Gavaskar’s onslaught, Hussain tried to clarify his point and said he didn’t mean to demean any team but praise the current team’s aggression.

“I for one, quite like the way Kohli leads this side. That’s what I wanted to say. That team talk in which he said ‘let’s unleash fire on this English side’ and you could see the fire that they unleashed,” Hussain said, still dodging Gavaskar’s question.

“There is no argument in that. The question is saying that the previous generations were bullied. I don’t think this is right,” Gavaskar added.

Meanwhile, for a change, Indian skipper Virat Kohli won the toss, and opted to bat. However, the team got off to the worst possible start with KL Rahul, Cheteshwar Pujara, and Virat Kohli departing for single digit scores. Rohit Sharma and Ajinkya Rahane have stabilized the Indian inning with an unbeaten 26 runs partnership at the time of writing. 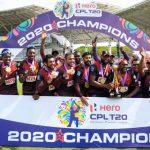 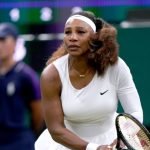