Fast bowler Saqib Mahmood has been added as a cover for injured Stuart Broad in England’s squad for the second Test. Meanwhile, Dom Bess has been released from the squad and will return to Yorkshire. Saqib has reaped benefits for an impressive series against Pakistan where he emerged as the leading wicket-taker for England in the ODIs with nine scalps in three games and accounted for four wickets in the T20Is.

Stuart Broad’s participation in the second Test was put in doubt after the pacer twisted his ankle in the warm-up before the second Test that gets underway on August 12 at Lords. Even though Saqib has been added to the squad, Mark Wood is likely to play in place of Stuart Broad.

JUST IN: Saqib Mahmood has been added as cover for Stuart Broad in England's squad for the Lord's Test; Dom Bess will leave the squad and return to Yorkshire..#ENGvIND pic.twitter.com/2WzKmX0c0N

Earlier, Moeen Ali was also drafted into the England squad for the second Test. England batting of late has crumbled against quality bowling and their vulnerabilities were once again exposed in the first Test in Nottingham. With Moeen Ali, England will add depth to their batting lineup along with a handy option of a spinner.

Moeen last played for England in whites against India in February. He was sent back to England after the second Test due to ECB’s rotation policy. He was then ignored for the two-match Test series against New Zealand.

Coming back to Saqib Mahmood, he is yet to make his debut in Test cricket. However, since his ODI debut in 2020, Mahmood has played seven ODIs for England, picking up 14 wickets at an average of 19.33. In the nine T20Is, he has seven wickets to his name.

After a thrilling first game in Nottingham, fans can expect another riveting contest between the two cricketing giants. India had their noses ahead in the first Test but England too showed grit and determination to hang around. 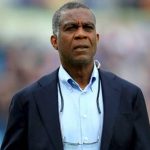 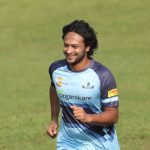