Most of the Indian batters fell prey to the swinging deliveries in the first Test in Nottingham. But that’s one of the main modes of dismissal in England given the conditions which are feasible for swing bowling. If the batsmen can counter the swing, the pitches in England are full of runs.

Indian batting maestro Sachin Tendulkar has given a pro tip to the batsmen ahead of the second Test at Lords. Tendulkar said batting outside the crease will help the batters to cut the swing, adding that it forces the bowler to shorten his length which benefits the batsmen.

“Yes, it works. Basically, what you are doing is letting the bowler know that you are outside the crease. So, the bowler has to change the trajectory and the release point of the ball.

“Bowlers, who are pitching up, have to drag back the length. If someone is bowling short, you could stay inside the crease also. But to stand outside the crease is not a bad idea,” Tendulkar said while speaking to Indian express.

Sachin Tendulkar had a lot of success in England and amassed 1575 runs in 17 Tests at an average of 54.31, including four centuries and eight half-centuries. Speaking further, the ‘Master Blaster’ said while bating outside the crease is a good move, the batsmen must be careful while leaving the ball.

“Sometimes, you will think that it is a good leave, but because the distance has increased between you and the stumps, it still has time to come in and hit the stumps. If you are outside the crease, you should take a middle-stump guard, instead of leg-stump. The further you are out of the crease, the more you come towards the off-stump. It helps you judge the ball better,” Sachin Tendulkar added.

Meanwhile, ahead of the second Test, India and England have been dealt with injury blows. While India will be without the services of Shardul Thakur, England have even bigger problems with injuries to Stuart Broad and James Anderson. 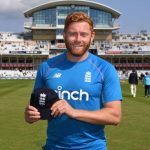 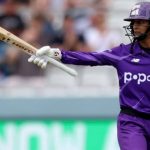