Former England captain Michael Vaughan backed the inclusion of Ravichandran Ashwin in the playing XI for the third Test at the expense of Ishant Sharma. Ashwin hasn’t featured in the series yet as India have opted for four pace bowling options. The surface is expected to offer some assistance to the spinners and Vaughan feels three pacers and two spinners is an ideal combination on the wicket. The 46-year-old said Ashwin’s inclusion will add to the batting depth of team India.

“It looks like it’s a very good week, it’s going to be very dry, nice and sunny so I’d be amazed if Ashwin doesn’t play this week. I think they will go with three pacers and two spinners, and I think that will be the right call at Headingley, it also packs the batting. Play your three out and out, outstanding quick bowlers. Maybe Ishant Sharma would miss out even though he bowled a nice spell on the last day at Lord’s,” Vaughan said to Cricbuzz

“The last few years after seeing the England team play there and even county cricket, it’s got quite a bit of spin. You can get a bit of spin. It generally comes on Day 3, 4 and 5 but spin can play a part at Leeds.”

Ashwin has been India’s leading spinner over the years but has not played a lot of games overseas owing to Ravindra Jadeja’s rise as an all-rounder. When questioned how would he speak to Ashwin if the off-spinner is not considered for selection in the third said, Vaughan said he would have no hesitation in telling Ashwin that he won’t play the third Test as team interest always comes first.

“Virat Kohli is a tough captain, he will make the right decision for what he believes is the right team this week. I don’t think Virat, and I, would have any ounce of worry going up to R Ashwin and saying ‘you’re not playing’ if I felt it was right for the team.”

The third Test Test starts tomorrow in Headingley, Leeds. Virat Kohli and his men are 1-0 up in the series, having picked up an emphatic win over England at Lords 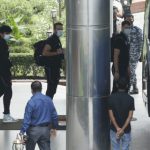 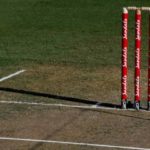