With less than 24 hours to go before the second Test, India and England have been jolted by injury blows. For England, ace pacer Stuart Broad has been ruled out of the Test after suffering a calf injury while training for the second Test. Meanwhile, the visitors will be without the services of Shardul Thakur, who won’t be available for selection due to a hamstring injury.

England have recalled Saqib Mahmood as a cover for Stuart Broad but Mark Wood is the front-runner to replace the pacer in the XI. However, Mahmood can get a game incase James Anderson does not play. The pacer is also in doubt for the Lord’s Test after he missed the team’s training session due to a tight quad.

Thakur’s injury will give the Indian management a headache given that Thakur added that extra depth to the batting in addition to being the fourth pacer. It will a massive challenge for the think tank to get the balance right. The team would be keen to replace Shardul with a fast bowler but the option they have don’t possess the same skills with the bat.

While Virat Kohli will have an option of playing Ashwin to strengthen their batting, the conditions will define if he gets a game or not. If the pitch is seamer friendly, it will be difficult for Virat Kohli to select two spinners. India have two decent fast bowling options in Ishant Sharma and Umesh Yadav, who can be an apt replacement for Shardul – the bower.

England have also included Moeen Ali in the squad for the second Test. The spin all-rounder will provide the much-needed balance to the England side. Also, one of Haseeb Hameed and Ollie Pope, if fit, can be drafted into the playing XI in place of Zak Crawley or Dom Sibley. 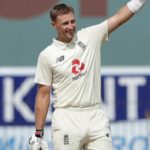