The Day 8 of the Emirates D 10 League started with a huge upset as underdogs Abu Dhabi defeated Fujairah Pacific Ventures by 7 wickets. Batting first, Fujairah got off to a blistering start and added 46 runs for the 1st wicket in just 4.2 overs. Waseem Muhammad stroked a scintillating 36 off 19 balls. However, what followed was a dramatic collapse as Fujairah was restricted to 97-6 in their 10 overs. Fayyaz Ahmed was simply outstanding and picked up 4 wickets for 14 runs.

Abu Dhabi, in their response, batted well and cruised to victory by 7 wickets. Kamran Atta top-scored for Abu Dhabi with a 24 ball 38. The game went into the last over but Abu Dhabi were well in control throughout the match. Fayyaz Ahmed’s terrific spell earned him the Man of the Match award.

In the second game of the day, table toppers ECB Blues were stunned by the Sharjah Bukhatir XI. ECB Blues were never in the game and could only manage 50-6 in their 10 overs. Kashif Daud was the star performer for Sharjah and returned with figures of 2 – 2 in 2 overs. The game was all but over in the first inning itself and Sharjah Bukhatir XI completed the formalities with 9 wickets 29 balls to spare. Kashif Daud earned the Man of the Match award for his outstanding spell.

The final game saw Ajman Alubond defeating Abu Dhabi by 3 runs in a nail biter. A magnificent spell by Waqas Gohar ( 3-12) helped Abu Dhabi restrict Ajman Alubond to 72-8 in their 10 overs. Things could have been worse if Abdul Shakoor wouldn’t have played a decent knock of 30. Nevertheless, Abu Dhabi would have been more than happy chasing 73, However, Ajman bowlers showed great skills and didn’t allow the Abu Dhabi batsmen to get off their hook, consequently restricting Abu Dhabi to 69-5, 3 runs short of the target. Abdul Shakoor was awarded the Man of the Match for his crucial runs. 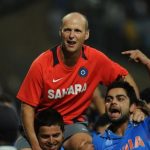 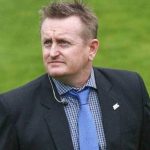