England and Wales Cricket Board chief executive Tom Harrison has travelled to Pakistan to end the recent animosity, which happened after England cancelled the two-match T20I series earlier in October. Harrison will meet Pakistan Cricket Board (PCB) chairman Ramiz Raja and try mend relations with the PCB.

If reports are anything to go by, then the ECB CEO will also speak to Pakistan Prime Minister Imran Khan on call before he travels to UAE for the final of the 20-20 World Cup on November 14.

England men’s and women’s teams were due to play limited-overs series in Pakistan. However, the ECB cancelled the tour citing security concerns. The decision was inspired by New Zealand’s last-minute withdrawal from their schedule series in Pakistan.

The cancellation of the tour didn’t go well with the former cricketers who lambasted the ECB. Harrison later issued an apology and said they will do their best to visit the country next year. It is expected that Raja and Harrison will try to find a window to reschedule the series.

Recently, West Indies and Australia have also confirmed their upcoming tours to Pakistan. West Indies will play a limited-overs series in December this year, while Australia will tour Pakistan in March 2022 for a multi-format series.

After the conclusion of the 20-20 World Cup, cricket’s governing body will be having a board meeting on November 17. Raja is likely to raise the topic of New Zealand and England cancelling the proposed tours due to security threats. 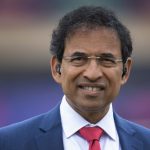 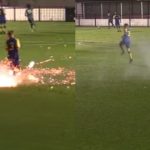