The England Cricket Board (ECB) have announced the schedule for their men’s and women’s tour of Pakistan. The Three Lions will make their first visit to Pakistan in 16 years and will play two T20Is. The women’s team are scheduled to play three ODIs as well. Both teams will depart for Pakistan together on June 9. Rawalpindi will play host for all matches of the series. The tour will kick off with the T20Is, with both teams having games on consecutive days – 13th and 14th October. The women ODIs will commence on 17th October, with matches on October 19 and 21. The Men’s team will depart for the UAE from Pakistan and serve the quarantine before taking part in the T20 World Cup.

England’s last visit to Pakistan dates back to 2005 when they played three Tests and five One-Day Internationals. The PCB had asked the ECB to schedule the matches in January but things couldn’t work out due to the non availability of England players. Apart from England, New Zealand, Australia and South Africa will also visit the country.

“[England’s tour] will be their first visit to Pakistan for 16 years and will open the door for both Test and white-ball tours in the 2022-23 season,” PCB Chief Executive Wasim Khan was quoted as saying by the PCB press statement.

“The full-strength England squad will arrive at the backend of our home series against New Zealand. We also expect Australia to visit Pakistan for their FTP commitment in the 2021-22 season, with England returning for both Test and white-ball tours in the 2022-23 season,” he added.

Ahead of the England series, New Zealand will also tour Pakistan. However, the visitors will be without the services of key players, who have pulled out of the tour due to IPL. 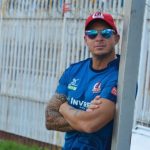 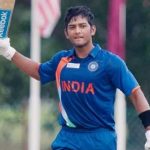