Jofra Archer’s career has been marred by a nagging elbow injury. The same forced Archer to miss a large part of the India tour and the whole of IPL. He returned to action recently in a county game between Sussex and Kent but it seems that his injury has resurfaced.

In a recent development, it is being reported that the England Cricket Board has advised Jofra Archer to undergo surgery to get his elbow fixed. If Archer agrees, the surgery could take place as soon as this week. However, it would keep Archer out of action for at-least 10 weeks.

Archer has already been ruled out of the New Zealand Tests. If he recovers as per the expected speed, he could be back in action during the initial part of the “Hundred’ which is set to start from July 21, with the final being played on August 21. India Test series starts from August 04 and Archer could get a couple of games in the ‘Hundred’ to prove his fitness.

A report published in Daily Mail states that the England medical team feels that surgery is the best option for Jofra Archer. Archer picked up the elbow injury on the England tour of South Africa in early 2020. He was diagnosed with a stress fracture in his elbow. Since then, he’s trying to manage the injury with painkilling injections. However, it seems that he needs to seek a permanent cure now.

England will desperately need Archer to be fit for the India series and the following T20 World Cup. The report claims that Archer will take a final call on the surgery after consulting the doctors on Friday. 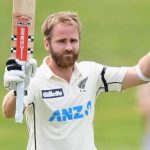