Pakistan has been on a rampage in the 20-20 World Cup. The team got off to a brilliant start and thumped India by 10 wickets to end their 12-match losing streak in global events. They then made easy work of New Zealand in their second game before picking up a hard-fought win over Afghanistan to almost seal a semi-final berth. Even when the team was under pressure, they never looked like panicking, as has been the case with them over the years, which is a massive plus point.

Former England skipper Michael Vaughan is aware of the threat Pakistan poses and said he does not want England to face Pakistan in the semi-finals. Given that Pakistan have matches left against Namibia and Scotland, it’s very likely that the team will qualify as the top-ranked team and will face the second team from Group A.

Vaughan said that England need to beat Australia in their upcoming game to qualify as the top-ranked team and avoid facing Pakistan in the semi-finals. Both Australia and England are undefeated so far and the winner of the coming game will have a good chance of topping the group.

“I’ll be more than happy to play in the other semi-final and hope someone knocks them (Pakistan) out,” he added.

Australia and England will cross swords at the Dubai International Stadium on Saturday, October 30. 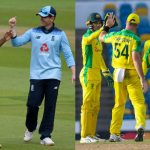 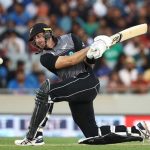