Pakistan suffered yet another batting collapse against a second-string England team to lose the three-match ODI series. The performance was far better than the first ODI, as their bowlers stepped up to restrict England to just 247. Hasan Ali led the way with five wickets at the Lord’s stadium, but alas, the batters failed to support their bowlers and were all-out for 195, losing the match by 52 runs.

The ODI series loss against England has not gone down well with the critics, former players, and fans who have come hard at the team. Ali though backed his batters, thereby saying they performed well in the last two series against Zimbabwe and South Africa. He added that two bad performances do not take the credit away from the batters’ incredible work in the past year or so.

The senior players like Babar Azam, Imam-Ul-Haq, and Fakhar Zaman, have failed to convert their start into something substantial which has been the main reasons for Pakistan’s miserable show.

Ali though sounded optimistic of the batters bouncing back in the coming few games of the limited-overs series. “We have coaches here and, our batsmen are aware of the mistakes they made but don’t forget that they’ve done well for Pakistan in the past, especially in the last two series. Unfortunately, our top-order could not score runs here and, we lost the first and second match,” said Ali in the post-match press conference.

With the three-match series already lost, the Pakistan batters can now play with a little bit more freedom and express themselves. Ali is optimistic about his batters putting in a good performance in the final ODI.

“I’m feeling proud after taking five wickets today but on the other hand, I am disappointed that we lost two back-to-back games and the ODI series. However, we are looking ahead to a strong comeback in the third game in Birmingham,” he concluded. 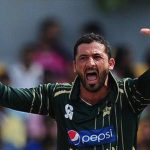 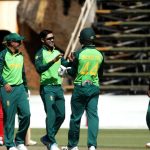