In the past few days, there have been some questions put over Shikhar Dhawan’s position in the white-ball set-up. However, on the eve of the first ODI, captain Virat Kohli has silenced all the rumours by suggesting that Dhawan along with Rohit Sharma will open the innings in the three matches against England in Pune.

Dhawan was dropped from the T20I side after the first match where he made an unattractive 12-ball 4. Since then, KL Rahul and Ishan Kishan have been preferred in the T20I side as openers along with Sharma. In the last T20I, Kohli himself opened the batting with Rohit and the duo put up a good partnership at the top.

“Yes there are a couple of things that we have discussed, as far as the opening combination, Shikhar and Rohit will ultimately start as the openers. In ODI format, I don’t think there is any doubt, whatsoever. There are a few players who would get their chances in this series, so it would be an exciting series,” confirmed Kohli in the pre-series press conference.

The Dhawan-Rohit opening combination has been extremely fruitful for the Indian team since the first time they opened together in 2013. The pair have added 4802 runs while opening the innings in 107 matches. No other opening pair have given such high returns to the Indian team in the past decade.

Kohli also clarified that his move to the opening slot in the final T20I was just a tactical move to accommodate Suryakumar Yadav at no. 3. The Mumbai batsman scored 31-ball 57 and 17-ball 32 in the two innings at the position during the T20I series. All three ODIs will be played in Pune on March 23, 26 and 28. 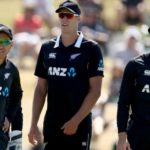