Pakistan Cricket Board Chairman Ramiz Raja has recently ignited the debate once again in India and Pakistan about both the teams touring each other’s country. The 60-year-old went on to take a firm stand on Pakistan’s approach for next year’s ODI World Cup scheduled to be played in India.

Notably, Raja’s remarks came up like an answer to the statement of Indian Cricket Board secretary Jay Shah, who said that the Indian team will not tour Pakistan for the upcoming Asia Cup 2023 next year.

“Our position is blunt that if they (Indian team) come then we will go to the World Cup, if they don’t come then let them do it. Let them play without Pakistan. If Pakistan does not participate in the World Cup scheduled in India next year, who will see it? We will adopt an aggressive approach, our team is showing performance,” said Ramiz Raja during a conversation with Urdu News.

“We have defeated the biggest business-making cricket team in the world, and we have played the final of the T20 World Cup. I have always said that we have to improve the economy of Pakistan cricket and that will only happen when our team performs well, we have done it in the 2021 T20 World Cup. Beat India, we beat India in the Asia Cup, Pakistan cricket team has beaten the board of billion-dollar economy twice in one year,” he added later.

Although this statement from the PCB boss didn’t go down well with the Indian cricket fans. They took to the micro-blogging site, Twitter to lash out at and troll Ramiz Raja for his statement on India not touring Pakistan followed by Pakistan’s stance on playing in the ODI World Cup of 2023 which is scheduled to be played in India.

Asia Cup has nothing to do with ICC event.
Pakistan will definitely travel to India for the WC..

Big slap??? If this happens then it's your loss not ours. You guys can have the Asia Cup, we'll happily skip the Asia Cup and play the World Cup😂

Good. Teams likes Zimbabwe and Netherlands are more deserving than a team that depends on qudarat ka nizam 😂

Wow ! Thats getting interesting , 2023 gonna be full of entertainment 🤑

Then Zimbabwe will have a winless tournament 💔

But at least Zim will play in place of Pakistan

The men in blue recently took on Babar Azam’s men in their tournament opener during the recently concluded 20-20 World Cup 2022. Riding on Virat Kohli’s unforgettable knock of 82 runs, India won the match by four wickets to return the winning ways against Pakistan in the World Cups. 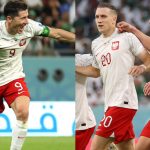