Australia’s right-arm fast bowler Delissa Kimmince has announced her retirement from top-level cricket. Kimmince made her ODI debut for Australia at the tender age of 18 against New Zealand Women on March 15, 2008. However, three years after her debut, the seamer took a break from the game and made a comeback with an even refined skills and established herself as one of the best all-rounders.

In her illustrious international career, Delissa represented Australia in 16 One Day Internationals and 44 T20 Internationals, scalping 14 and 45 wickets respectively. The 31-year-old also has 79 ODI runs and 162 T20I runs under her belt at an average of 79 and 16.2 respectively. She recorded her best T20I figures of 3 for 20 against England Women in Mumbai in 2018.

The seamer was also a part of Australia’s T20 World Cup winning side thrice and has also won the WBBL title twice with Brisbane Heat. Australia’s National Selector Shawn Flegler opined on Delissa Kimmince, saying that she made a huge contribution across all the formats and is regarded as one of the best fielders in the world.

“DK should be incredibly proud of her contribution to Australian cricket. She made her international debut at the very young age of 18, took a break from the game and returned to make a huge contribution at all levels. During that time she developed from a raw fast bowler into a genuine allrounder and has been regarded as one of the best fielders in the world.

“She’s been a wonderful teammate and an important member of our Ashes – and T20 World Cup-winning squads and we thank her for her outstanding service to the game,” Shawn Flegler said as quoted by Cricbuzz. 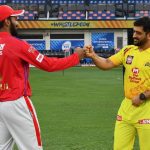 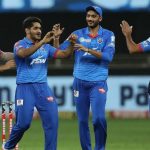