Delhi Capitals have signed Shams Mulani as a short-term COVID-19 replacement of Axar Patel for the ongoing season of the Indian Premier League 2021. Axar Patel was tested positive with Coronavirus while he was in quarantine before the start of the season. He was subsequently taken to BCCI’s medical facility for isolation and treatment.

Like Axar Patel, Mulani is also a left-handed batsman and a slow left-arm orthodox bowler. He is a player from Mumbai and has been signed under the IPL player regulations. Under the regulation 6.1 (c), teams are allowed to sign a player as a short-term replacement till the actual player is permitted to get back in the team’s bio secure bubble. Because of this, Mulani will be part of the Delhi team only till the time Axar is not available to join the team.

Mulani represents Mumbai in domestic cricket and has taken part in a total of 10 first-class, 30 List A and 25 T20 matches till date. It will be his maiden season at the IPL. Unfortunately, the all-rounder will not be permitted to sign for any other IPL franchise for this season once his temporary contract gets over.

Delhi Capitals also announced a replacement for their injured captain Shreyas Iyer. The right-handed Mumbai batsman suffered an injury in the recent ODI series between India and England and was ruled out of IPL 2021. His injury has now given a chance to Anirudha Joshi.

Joshi, a spin bowling all rounder, will be joining his third team in the IPL. He has previously been part of the Royal Challengers Bangalore and Rajasthan Royals. He plays for Karnataka in domestic cricket and played 22 T20 and 17 List A matches till date. 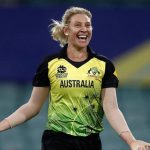 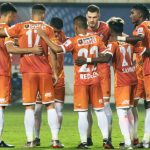