The Pakistan Cricket Board is likely to take a call on changes in the squad for the upcoming T20 World Cup today, 7th October. The Pakistan T20 World Cup squad was not appreciated by all. The selection committee made some questionable omissions and left out senior players like Shoaib Malik, Fakhar Zaman and Sarfaraz Ahmed, while added Azam Khan, who has so far not justified his place in Pakistan team. Ever since the squad was announced, several fans and experts lashed out at the PCB and alleged them for foul play. There were reports that skipper Babar Azam was also not happy with the squad.

However, speculations were rife that the squad will be modified. The teams can make changes to their squad till October 10th. As per a report in The Nation, PCB chief selector Muhammad Wasim is likely to hold an important meeting today, 7th October to discuss changes in the squad.

Wasim will meet interim coach Saqlain Mushtaq to discuss the matter. It is reported that few changes will be made considering the performances of the players in the National T20 Cup. Also, PCB may increase the number of travelling reserves in the squad.

The T20 World Cup bound players will enter the bubble on Friday, October 8th. The players will stay in the bubble for a week before leaving for UAE on October 15. Pakistan will play two warm-up games against West Indies and South Africa on October 18 and 20 respectively before opening their campaign against arch-rivals India in Dubai on October 24.

Pakistan head into the World Cup having played no international cricket since the first week of August, where they played West Indies in the T20I series. They were to play five T20Is against New Zealand and two T20Is against England in the build up to the World Cup, however, both series were cancelled due to security concerns of the visiting teams. 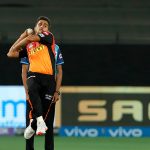 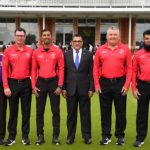