Ahead of the packed Test calendar, Dean Elgar, the Proteas opener, has been named as South Africa’s Test skipper. He’ll replace Quinton de Kock, who assumed duty on temporary bases after Faf du Plessis stepped down from his post. De Kock,. led South Africa against Pakistan in a humiliating series loss after which CSA announced that they’ll sack de Kock from the leadership role. Dean Elgar has time and time admitted his interest in leading South Africa which might have prompted the selectors to consider him for the role.

Along with Elgar, Temba Bavuma will take charge as the limited over captain. He will also be Elgar’s deputy in Tests.

“We are grateful to Quinton for the work he has put in as captain of the team in the limited overs formats and are indebted to him for stepping up while the National Selection Panel continued its search for the Test captain. We expect him to still play an integral role in the team’s leadership group,” read CSA’s statement, reported IOL

“We as CSA are pleased with the appointments of Temba and Dean and believe that we have the men who will lead the Proteas back to their winning ways of old. The pair bring the required stability in both leadership and form to turn the ship in the direction that will eventually bring trophies back to the cabinets,” it added.

CSA further praised Temba Bavuma for his consistency and said that he’s an influential voice in the team. They added that he has the trust and backing of the players and has all the qualities of a leader. CSA revealed that Bavuma will lead South Africa in the twin T20 World Cups and 2023 ICC Cricket World Cup.

“Temba has been a strong and influential voice in the team in recent times and has shown consistency on the field in all formats, solidifying his place as a leader. He also has the trust and backing of the players and coaches around him. We are excited to have him lead the Proteas in the upcoming T20 World Cups as well as the 2023 World Cup in India. He will also be the Test team’s vice-captain, working closely with Dean to ensure continuity and stability in the squad,” it added. 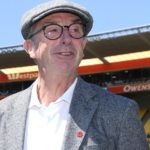 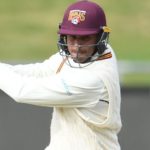