Many things in the cricket world are interconnected. The South African cricket board has announced that Pakistan would be touring South Africa in the month of April for a limited overs series. The series is slated to commence on 2nd April 2021, and will end on 16th April 2021. And now, the announcement of this series has got a few parties in India jittery.

Now, Cricbuzz has reported that few IPL teams, notably Delhi Capitals is not happy with the sudden announcement of the series as it will clash with the initial stages of the 14th edition of the Indian Premier League (IPL). The teams have reported this matter to the Board of Control for Cricket in India (BCCI).

Now, the IPL is slated to start on 10th April 2021, and if South Africa go ahead with the series against Pakistan, it would mean that the franchises would not be able to avail the services of the South African players for the initial stages of the tournament.

And, it is quite understandable why the Delhi Capitals are anxious about this issue. Two of their main foreign recruits, Anrich Nortje and Kagiso Rabada would not be available for the initial part of the tournament. Let us delve into some numbers here. The duo of Rabada and Nortje picked up a combined tally of 52 wickets between them in the last season. While Rabada played every single game for Delhi in the 13th IPL edition, Nortje missed just a single game.

And, it has also been reported that Cricket South Africa (CSA) would divulge the details regarding the availability of the South African players for the IPL soon. 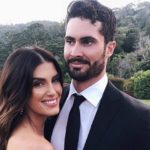 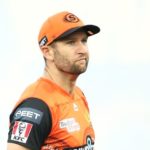