Australia put up a dominating performance to crush Sri Lanka by 7 wickets. More than the win, the magnitude of the win will be pleasing for the Australian camp. The bowlers were outstanding, the batters backed them up well. It will be fair to say that Australia have brushed off most of their worries with this win.

Opting to bowl, Australia got an early breakthrough in the form of Pathum Nisanka, who was dismissed by Pat Cummins. However, the joy of a wicket didn’t last long as Kusal Perera and Charith Asalanka launched a counterattack. The duo added 63 runs off 43 balls for the second wicket to set Sri Lanka up for a big score. However, Australian bowlers roared back and picked 4 wickets for 16 runs to peg back Sri Lanka. It was only the efforts of Bhanuka Rajapaksa that Sri Lanka was able to post 154-6. Adam Zampa was the star of the bowling and ended the match with figures of 4-12-2.

The biggest positive for Australia though came in the form of David Warner. The southpaw overcame his lean patch and stroked a magnificent half-century to set up the win for Australia. Aaron Finch too got some valuable time in the middle and played a quickfire knock of 37 off 23 balls. While Maxwell missed out, Smith ensured that Australia breeze past Sri Lanka in 17 overs.

With two wins in two games, Australia have boosted their chances of qualifying for the playoffs. Meanwhile, this was Sri Lanka’s first loss in the tournament and the team needs to bounce back stronger in the next game.

Here’s what the skippers said:

Finch, Australia captain: That was a really good perfomance. SL got off to a flier. But Zampa dragged it back, and then Starc. We felt it was a really good wicket and to chase that down was nice. When the ball was flying around it felt like they were going at 15 an over, but you look up and it was 8 an over. Nice when you get a couple in the middle of the bat early. Knew that we had to take a chance against the quicks early on, with the spinners coming in later. When you’re looking at the impact on the game, Zamps was terrific tonight.

Shanaka, SL captain: Have to admit that wicket was too good. Got the start we needed but in the middle phase we couldn’t capitalise. Losing good batsmen in the middle cost us. The other day Asalanka took us home. Likewise the batsmen who get set need to continue till 15-16 overs. That’s an area we have to be concerned about. Felt we were 25-30 runs short. We know how two batsmen are in world cricket (Finch and Warner). Need to bowl well and contain them in powerplay. Couldn’t do that. We know the Sharjah wicket, have played two games there. Should come well in that game. 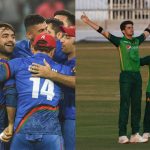 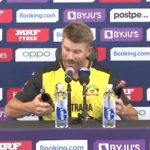