Australia opener David Warner missed some matches against India after suffering a groin injury during the second ODI of the three-match series at home against India. Since then, he missed three T20Is and the first two Test matches of the four-match series against the same team. He returned to play the Sydney Test but the southpaw was not fully fit.

Fortunately for Warner, Australia’s tour of South Africa got controversially postponed and this has allowed the batsman to slowly come back on track in terms of fitness. The Test regulars who are part of other formats are missing New Zealand T20Is at the moment and this led to Warner taking up commentary for Fox Cricket during the first T20I of the five-match series.

During the match, he opened up about his injury and stated that it will aggravate in the next six to nine months. However, he is confident that the physios will look after him very well. “I am almost back to full 100% sprinting in a straight line. This next week is getting back to fielding, picking up, throwing, very difficult that was [in the] last couple of weeks, even trying to throw.

“Now it’s all about lateral, running between wickets, building that up. It’s just the tendon that has got that slight tear in it now. It’s going to aggravate me for the next six to nine months but I am sure the medicos will help me out there,” Warner said.

If Australia don’t make it to the WTC Final, they don’t have any Tests until Ashes starts. But Warner will be eyeing to be fit for the T20 World Cup in India and the tours to Bangladesh and Sri Lanka ahead of the mega event. 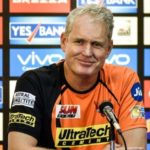 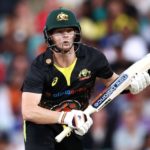