Many experts have not been in favour of England’s rotation policy but South Africa’s Dale Steyn believes that it’ll help the English create an ‘Army of amazing cricketers’. England have a hectic cricketing calendar and to manage the workload of players, ECB had adopted a unique rotation policy.

Jos Buttler returned to England after the 1st Test against India, Jonny Bairstow, Mark Wood were not selected for the 1st two Tests due to the same policy. Similarly, they don’t play James Anderson and Stuart Broad together in a test match. Many experts are not amused by this strategy and believed that there is no need to rotate the batsmen and wicketkeeper. However, Dale Steyn has backed the ECB’s stratgegy.

“England’s rotation policy is slowly building a army of amazing cricketers. We may criticize it now, but with 8 ICC tournaments scheduled for the next 8 years (basically 1 a year, so I’m told) they really not gana struggle for international experience when picking teams,” read a tweet from Dale Steyn.

Along with Steyn, Kumar Sangakkara also spoke in favour of the rotation policy, saying rotating players is necessary to keep them fit and fresh.

“Yeah, I think it (rotating players) has become a necessity with the growth of IPL and, of course, what IPL itself tells in terms of participation and the financial returns. So a lot of thought has gone through every cricket board on the way they kind of construct their program around this. England, irrespective of IPL, have put in the rest and rotation policy, and that seems to have worked quite well for them at times or most times.” Sangakkara said. 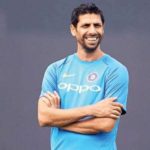 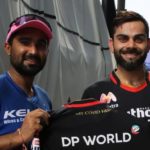