West Indies legend Curtly Ambrose has lavished praise on ace Indian bowler Jasprit Bumrah and said that the Indian pacer has all the ingredients to go down as one of the greatest bowlers to have graced the cricket field.

Ambrose called himself a fan of Bumrah and said that the pacer is different from other bowlers, yet very effective. He said that if Bumrah can stay fit, he can breach the 400 wicket landmark in Test cricket.

“India’s got a few good fast bowlers. I’m a big fan of Jasprit Bumrah. He’s so different than any bowler I have seen but he’s so effective and I’m looking forward to him doing really well. He is as long as he can remain healthy, fit and play long enough. He can seam the ball, swing the ball and bowl great yorkers. He’s got a lot in his arsenal. So as long as he can remain on the park for a long period of time, I’m sure he can get up there (400 Test wickets),” Ambrose said on The Curtly & Karishma Show on YouTube.

Sir Curtly Ambrose was one of the most fearsome bowlers to have ever played the game. He along with Courtney Walsh formed a lethal pace duo and decimated batting lineups from the late 80s to 2000. His career stats stand at a staggering 405 wickets in 98 Tests and 225 wickets in 176 ODIs. Coming to Bumrah, the Indian pacer has picked up 83 wickets from 19 Tests to date. As of now, Kapil Dev is the only Indian pacer who has more than 400 wickets in Test cricket.

Bumrah is the backbone of Indian bowling and will lead India’s charge with the ball in the upcoming final of the World Test Championship and the five-match Test series against England. The 27-year-old has picked up 14 wickets in the three tests he has played in UK. 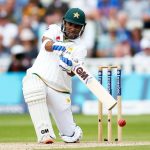