If reports are to be believed, the upcoming game between Chennai Super Kings and Rajasthan Royals, scheduled to take place on Wednesday, is likely to be postponed as the Chennai Super Kings are not very keen on taking the field after two of its non-playing members tested positive for COVID-19. It is learned that the franchise has informed BCCI about the same, adding that they will only take field after the positive members return negative results.

According to IPL protocols, players or members have to undergo six days of quarantine after testing positive. They also have to undergo COVID tests on the first, third and sixth day. This could mean that along with CSK’s fixture against RR, their next game against SRH on May 07 is also very likely to be postponed.

“The coach is asymptomatic. However, as per the BCCI’s Covid protocols, everybody who has come in contact with him will have to undergo a six-day quarantine. We can’t play our next game (against Rajasthan Royals). The BCCI knows about the testing protocols and how many tests need to become negative before an all-clear is given. We have communicated it to the BCCI. They will have to reschedule the game between CSK and Rajasthan Royals,” a CSK official told The Indian Express.

CSK’s bowling coach L Balaji, who tested positive for COVID-19 was with the team during their game against Mumbai Indians. He also had a meeting with the bowlers ahead of the game.

Earlier, the match between Kolkata Knight Riders and Royal Challengers Bangalore was postponed after KKR’s Varun Chakravarthy and Sandeep Warrier tested positive for the virus. Later, few members of the DDCA also returned positive results. The BCCI is actively looking for plans to move forward. There are reports that the board is considering shifting the entire event to Mumbai, that too as early as May 07th. 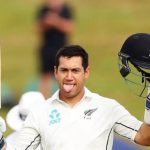