Every year April 22 is celebrated as World Earth Day to make people realize how precious planet earth is for human beings. The main aim of Earth Day is to create awareness regarding the global climate crisis and remind people of the responsibilities they have towards the only inhabitable planet in the entire solar system.

On the occasion of World Earth Day, many former and current cricket players also took the opportunity to create awareness about the environment and sustainability issues. Former KKR skipper Dinesh Karthik was among the first ones to tweet regarding Earth Day.

The middle-order batter took to his official Twitter handle to write, “The Earth is what we all have in common. Let’s always try to keep it as healthy as we know it. Happy #EarthDay”

The Earth is what we all have in common.
Let's always try to keep it as healthy as we know it.
Happy #EarthDay pic.twitter.com/2aTI5TNngo

Former England captain Kevin Pietersen is a true animal lover and has been associated with the issues related to it for a long period. Pietersen has often advocated about the cause of the endangered rhinos for several years now. Thus, on World Earth Day, the veteran took the opportunity to attract the attention of people towards the decrease in rhino population.

“The rhino population has decreased due to their senseless slaughter, by 2/3 in the last 10 years in SA. Humans doing a great job at protecting the planet, hey?! #EarthDay,” Pietersen tweeted.

The rhino population has decreased due to their senseless slaughter, by 2/3 in the last 10 years in SA.

The IPL franchise Mumbai Indians (MI) also shared a video on their official Twitter handle to make people realize the importance of taking care of the environment and saving natural resources. The video by MI featured players like Hardik Pandya, Rahul Chahar, and many more giving the message of saving the earth.

On #EarthDay, we have a special message on how to make a conscious effort in taking care of the environment! 💙#OneFamily #MumbaiIndians #MI #IPL2021 #KhelTakaTak pic.twitter.com/zCn7TxbDNR 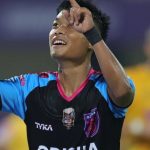 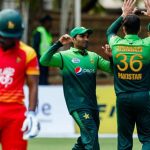