The ninth edition of the Caribbean Premier League (CPL) will begin on August 26 and most of the players have arrived in St. Kitts and Nevis for the same. Reportedly, a total of 255 people have entered the country after undergoing mandatory COVID-19 tests.

Two members were found positive and immediately a contact testing process was carried out but no new cases of COVID-19 were found. The two members, who were tested positive have been told to isolate according to the protocols and norms in place during the CPL. All the matches will be played at St. Kitts and Nevis, as announced in June.

Michael Hall, the Tournament Operations Director for CPL 2021 stated that the two positive cases were identified immediately upon arrival in St. Kitts and Nevis and due action was initiated smoothly. He also claimed the tournament bubble is intact and they are looking forward to hosting the ninth edition of CPL.

“The two positive cases were identified quickly following on arrival testing and were flagged with CPL 2021 while in room quarantine was still taking place for those individuals. The tournament bubble remains intact and, there has been no exposure to the wider public in the Federation. We are looking forward to getting the cricket underway on August 26,” said Hall. The crowds won’t be allowed during CPL games due to the threat of COVID.

Currently, Trinbago Knight Riders (TKR) are defending champions of CPL. They had also won it in the 2019 season and will be looking to complete a rare three-peat in this year’s edition. TKR have won four titles in CPL’s history, the most any franchise. 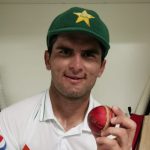