Controversy erupted when Australian cricketers were seen working out at a Gym in Australia’s Victoria. Amidst the surge in COVID-19 cases, the government has imposed stern COVID-19 lockdown. Under the public health guidelines, the local gyms have been closed while the people can do moderate exercise outside, which it is currently capped at just two hours a day.

The locals have been asked to leave the house only for essential reasons. However, a video footage obtained by Daily Mail Australia shows cricketers using training equipment in an indoor gym at Junction Oval sports grounds in St Kilda, which has not got down well with the local residents, who are not allowed to enter the Gym.

In the video, one of the athletes was seen using a rowing machine while the other rides a bike inside CitiPower Centre. Several other athletes gathered at the Oval for run drills, despite the guidelines clearly prohibiting any kind of groupings.

However, a spokesperson of the Victorian Cricket Association said the players have been granted special permissions by the Government of Australia to prepare for their upcoming cricket season.

“Cricket Victoria holds Victorian Government exemptions for our elite athletes and support staff to continue their preparation for the upcoming cricket season,’ the spokesperson said.

“They are preparing for the summer of cricket which includes the Marsh Sheffield Shield, Marsh One-Day Cup and Women’s National Cricket League (WNCL), WBBL and KFC BBL. The Centre is otherwise closed to the general public.”

Meanwhile, Australia’s next assignment will be the T20 World Cup in UAE. The ‘Men in Yellow’ have named a full-strength squad for the showpiece event and can expect some favourable results after a hammering in West Indies and Bangladesh where they lost the T20I series 4-1. 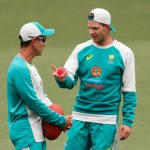 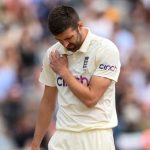