South African pacer Chris Morris is relieved to be back home after witnessing devastation unfold in India. Morris, who was part of the Rajasthan Royals franchise in IPL, along with ten other Proteas cricketers landed in South Africa today after the 14th edition of the Indian Premier League was indefinitely postponed due to the outbreak of Covid-19 inside the bio-bubble.

Morris said that the moment they got to know about people getting positive inside the bubble, the players knew that it will be very difficult to continue the IPL.

“The moment we heard that, when players are testing positive, inside the bubble, then everyone starts asking questions. The alarm bells definitely started going off for all of us,” he said.

“By Monday when they postponed that game (between Kolkata and Royal Challengers Bangalore), we knew the tournament was under pressure to continue.”

“I was chatting to our team doctor, whose room was across the hallway from my mine in the hotel, and Kumar (Sangakarra, the Royals’ head coach) came around the corner, and drew his finger across his throat, and then we knew it was over,” said Morris.

Morris further revealed that England players were panicking the most because they needed to isolate in hotels after reaching England but there weren’t any rooms available.

“And then it was chaos! The England guys especially were panicking because they needed to isolate in hotels in England first, and apparently there weren’t any rooms.”

Morris also disclosed how he consoled the 20-year old pacer Gerald Coetzee, who was taken aback by the scary situation.

“I know poor Gerald was panicking a bit, I mean he’s only 20 and all this is going on,” said Morris, who was the costliest IPL buy ever with a whopping Rs 16.25 crore contract.

“I tried to keep him under my wing a bit and made sure he was ready when the 12.30 am pick up came at the hotel. It was eerie, it was just a handful of us in that whole hotel at the time.”

The BCCI was severely criticized for going ahead with the tournament despite the concerning situation outside the bubble. However, Morris said that the motive behind playing the IPL was to ensure that the people have something to cheer about.

“For me, this was always a two-fold thing; on the one hand we’re playing a tournament, all happy and smiling in a bubble, while outside so many people are suffering,” Morris said.

“On the flip side of it, there was the fact that by playing, we were ensuring people actually stayed at home, watched us and at least had something to smile about or something else to think about – even if it was being unhappy with how we played in a game – for three hours each night.” 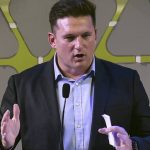 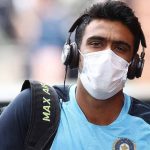