Australia cricketer Chris Lynn has stepped down as captain of Brisbane Heat ahead of the upcoming Big Bash League (BBL) season. He was at the helm of the affairs for three seasons and under his captaincy, the heat could reach the playoffs only once, in the last season. They made it to the Challenger Final before losing to Perth Scorchers.

In the other two editions, they had finished at the fifth and seventh positions respectively. Not that it was all hunky dory when Lynn took over, the team was not making it to the top four consistently. Last season, they made it to the finals for the first time since 2016-17 season.

“It has been a huge honour to skipper the Heat for the last three years and I am very grateful for all the backing and support from the players, coaching and backroom staff and the loyal Heat fans and sponsors.

“I am very proud to have led the boys and I have really enjoyed my time as captain. I have thought long and hard about my decision, and I think it is the right time for someone else to take over the reins and keep building with this talented group of players,” Lynn said according to ESPNCricinfo.

Lynn is the leading run-getter of the BBL history with 2790 runs at an average of 37.20 and a strike-rate of 151.05. He was the highest run-scorer for Brisbane Heat last season as well scoring 458 runs at 34.23 despite missing four matches due to injury. Queensland Cricket has cleared that Lynn’s successor will be appointed closer to the start of the season later this year. However, Jimmy Peirson is the frontrunner for the role after a brilliant last season. 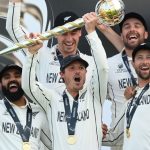 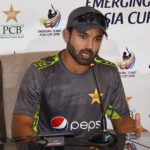