Former New Zealand all-rounder Chris Cairns is going through a very difficult phase. The Kiwi had suffered an aortic dissection in his heart and was put on life support. Having moved to Sydney, Cairns underwent heart surgery and was removed off the ventilator, much to the delight of his fans. However, in a recent development, it is reported that Cairns had suffered a stroke in his spine during surgery which resulted in his legs being paralysed. The 51-year-old will now undergo rehabilitation at a spinal specialist hospital in Australia. Cairns lawyer Aaron Lloyd issued a statement to give the health update of his client.

“During the life saving emergency heart surgery Chris underwent in Sydney he suffered a stroke in his spine. This has resulted in paralysis in his legs. As a result he will be undertaking a significant rehabilitation process at a specialist spinal hospital in Australia.”

The statement further read that Cairns family is highly appreciative of the support they have been receiving from all corners of the world, “Chris and his family remain appreciative of the immense public support as they deal with this difficult time. They also appreciate the way in which their privacy has been respected.

Chris and his family now want to focus on spending time together where possible and making whatever progress they can in his recovery,” the statement read according to stuff.co.nz.

Chris Cairns is one of the most controversial New Zealand cricketers. His image was tarnished after fixing allegations in the 2008 IPL. He fought many legal battles and even won a case against IPL founder Lalit Modi. However, in 2015, former teammates Brendon McCullum and Lou Vincent alleged him for match-fixing, of which he was cleared later. Cairns was drained out mentally, physically, and financially and had to drive trucks to pay legal bills. 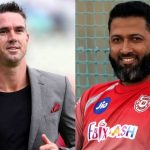 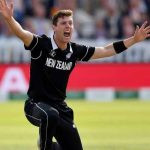