Former New Zealand all-rounder Chris Cairns is not keeping well for the past few days. Cairns suffered an aortic dissection in his heart in Canberra and has been surviving on life support. The former Kiwi all-rounder is likely to be transferred to Sydney soon. An Aortic dissection happens in the inner layer of the body’s main artery and can take more than normal time to recover. Cairns underwent a couple of operations to fix the issue but he didn’t respond well to those treatments, as told to Newshub.

Cairns image was tarnished with fixing allegations in the IPL 2008. He fought many legal battles and even won a defamation case against IPL founder Lalit Modi. He again got into a controversy when fellow cricketers Lou Vincent and Brendon McCullum accused him of match-fixing before being cleared of the charges following a gruelling trial in London court in 2015. Fighting corruption allegations took a toll on Cairns life and he had to take up a job with the Auckland Council to drive trucks and clean bus shelters to pay the legal bills.

During his playing days, the 51-year-old all-rounder was one of the best players for New Zealand. He would change the complexion of the game by hitting lusty blows at the end of the innings. He was equally good with the ball in hand as well.

Cairns scored 3320 runs in 62 Test matches and picked up 218 wickets. In the ODIs, he finished with 4950 runs and ended up with 201 wickets for New Zealand from 1989 to 2006. His penchant for sixes stood out as he smashed 87 sixes in Test cricket and held the record for most sixes by a New Zealander in Test cricket till his teammate Brendon McCullum went past him. Cairns was named as one of the five Wisden cricketers of the year in 2000. Later, he went on to become the chief executive of SmartSports, a company specializing in virtual sports. 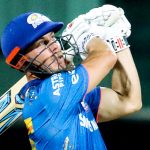