Salman Butt isn’t impressed with the way Cheteshwar Pujara batted on day four against England in the ongoing second Test at Lord’s. India’s number three found himself in the middle with yet another out of form batsman Ajinkya Rahane with the team reeling at 45/3. However, the duo kind of bailed the team out of trouble putting on 100 runs together.

Pujara was stubborn as usual in his approach making sure he didn’t take any risk. He faced a massive 206 balls and scored 45 runs with four fours to his name. Pointing to the same, Salman Butt felt Pujara should’ve scored at least 70 runs and that had helped India in extending their lead at the end of the day.

“After India lost three wickets, their defensive mechanism was on. Obviously, they would have been worried. Had they lost a few more wickets, the game could have been over the same day. But, speaking about Cheteshwar Pujara, he faced more than 200 balls and scored 45 runs.

“After being so experienced, if you are facing over 200 balls, I think you should be able to score at least 70 runs. The pitch did not offer a lot of movement. England kept things very tight early on. But once that was gone, there should have been better flow of runs. That did not happen,” he said on his Youtube channel.

He was of the opinion that if some batsman is in the middle for more than hours, then he should score runs after getting his eyes in. “Despite batting for so long, if India are unable to add another 35-40 runs… If someone occupies the crease for so much time and doesn’t score runs, that doesn’t make sense.

“Yes, India needed to be careful for a period of an hour or a little more. But despite being set, the runs didn’t come. Being in the Indian team for so long, Pujara is obviously a highly capable player. But that needs to translate into runs. He should have scored more than 45,” the former Pakistan skipper added. 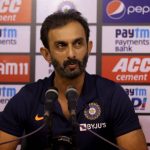 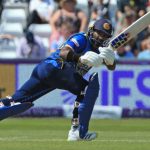