Former Sri Lanka captain and left-arm fast-medium bowler Chaminda Vaas is as fit as his playing days. Despite being 47 years old, Vaas follows a strict routine and keeps a check on his physical fitness. The veteran seamer was involved in a fitness test conducted by the authorities where he outplayed many current cricketers and managed to stun the onlookers.

To make cricketers realize the importance of physical fitness and health, Sri Lanka Cricket introduced a new fitness Test for the national players where they are expected to complete a two-kilometre run as quickly as possible. The fitness test was being conducted at the Sugathadasa Stadium in Colombo and Vaas, who was present on the match field decided to participate in the test too.

He left the players at the stadium spellbound as he completed the two-kilometer race in just seven minutes and 30 seconds whereas the average time recorded by the current Sri Lanka players was eight minutes and 35 seconds. A cricket author Rex Clementine took to his official Twitter handle to laud Vaas for maintaining his fitness and share the details of the incident.

“Good luck Vaasy with your new assignment. A friend of us challenged him to take the two-kilometer fitness test this week. He finished in less than 7 minutes and 30 seconds. The standard timing in Sri Lanka is 8 minutes and 35 seconds. Not bad for a 47–year-old,” his tweet read.

Chaminda Vaas played his last Test match for Sri Lanka in July 2009 against Pakistan. In his glorious international cricket career, he represented the Island nation in 111 Test matches and 322 One Day Internationals picking 355 and 400 wickets respectively at an economy rate of 2.68 and 4.18.

He played only 6 T20 Internationals scalping 6 wickets at an economy rate of 5.81 and an average of 21.3. The 47-year-old was recently appointed as the fast bowling coach of Sri Lanka’s National cricket team for the tour of West Indies. 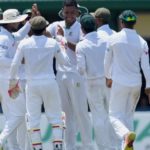 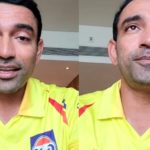