Pakistan batsmen Umar Akmal can breathe a sigh of relief after the Court of Arbitration for Sports (CAS) has reduced his suspension by 6 months. The wicket-keeper batsman, that was suspended on February 20, 2020 can return to competitive cricket if he deposits a fine of PKR 4,250,000 and undergoes a rehabilitation program under the PCB anti-corruption code.
Akmal was initially banned by the PCB’s Anti Corruption Tribunal for 36 months which was later reduced to 18 months by the CAS after Akmal’s appeal. The PCB however, wasn’t happy with reduction of the ban as they believed that Akmal had no regrets of not reporting a corruption approach and wanted the ban to stay for 3 years. They appealed the CAS to reconsider their decision of reducing the ban but CAS, after a 7 hour long hearing, reserved its judgment.
The PCB in a statement urged all the Pakistan players to report any corruption approach.

“The PCB once again urges and reminds all participants to abide by their duty and promptly report any approaches to the anti-corruption officers and help themselves as well as the anti-corruption unit’s effort to eliminate the anathema of fixing,” the PCB said in the statement.

Umar Akmal was banned by the PCB  for 3 years for not reporting a corruption approach ahead of the 2020 edition of the Pakistan Super League.
Umar Akmal was set to be the next big thing in Pakistan cricket but failed to live up to the high expectations that came after some fine performances in the initial phase of his career. His career has also been marred by the constant tussles with the authorities. 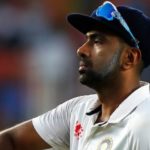 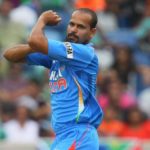