The most successful Indian skipper, arguably the greatest batsman of the modern era. What else one would want? Probably an ICC trophy. Irrespective of performing well in the ICC tournaments, India have failed to get past the final hurdle. The World Test Championship loss was the third instance under Kohli when India failed to bag the title, 2017 Champions Trophy and 2019 World Cup being the other two occasions. Former Pakistan opener Salman Butt feels that Kohli’s captaincy lacks certain things, which is why he has failed to win the ICC tournaments.

“You can be a very good captain but if you don’t win any title, masses won’t remember you. May be you are a good captain and have good plans but your bowler may not be able to execute it. So luck has to be on your side as well. People only remember those who win tournaments,” Butt said on his YouTube channel.

“Sometimes you may not be a great captain but your team may be very good and you may end up winning a major title. So that does not define a captain but for the world, of course, a good captain is one who has won big events.”

Kohli is known to be an aggressive skipper. His energy level on the field is on the next level and sometimes it gets the better of Kohli who ends up taking wrong calls. Butt feels that Kohli needs to cool down and lead in a more Kane Williamson way. He revealed that most captains who have won the elite titles were cool and gesture-less.

“Virat Kohli has not won any ICC title neither has he won the IPL. He is a top-class cricketer, has excellent body language and is aggressive. His energy level is at a different level, and it is evident that he wants to give his best every time he steps out in the middle. But captains should be subtle and not fiery,” the former batsman added.

“We kept hearing during the WTC final, that it is a battle between fire (Virat Kohli) and ice (Kane Williamson). Most top-class captains who have won titles were cool or gesture-less at crunch moments. Virat Kohli is a man full of gestures. Had he won, he would have been praised no end.” 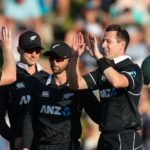 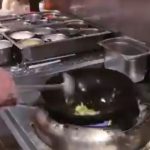