Australian skipper Tim Paine has revealed that Pat Cummins, Mitchell Starc, Josh Hazlewood and Nathan Lyon have sorted out their differences with Cameron Bancroft over the ball-tampering row. Bancroft recently hinted that Australian bowlers were involved in the ball-tampering saga in 2018. Later, the four bowlers issued a clarification that they were not aware of the incident.

Tim Paine further added that the issue time and time again will pop up and the players involved in the match will have to deal with it.

“They are frustrated it keeps popping up but, again, that is part and parcel for everyone who played in that Test match. It’s going to keep popping up, and you have to get used to that,” Sydney Morning Herald quoted Paine as saying.

Paine further said that Bancroft’s comments won’t dent his chances of making a comeback to the Australian team, adding that everything is sorted out between the players.

“We do not pick too many Test teams on what they say in the media; we pick Test teams on guys scoring runs and Bangas had a really good Shield year again. Something he has done in England the last few days will not be carried against him. We are all grown men; those guys have made contact with each other and sorted it out,” said Paine.

Post Bancroft’s comments, Cricket Australia’s integrity team reached out to Bancroft to get more information on the same. He, however, denied having any other significant information. He told Cricket Australia that he is satisfied with the outcome of the investigation.

Bancroft was caught on camera trying to change the condition of the ball using sandpaper in the Cape Town Test against South Africa. The incident thus was named as ‘Sandpaper Gate’. Bancroft along with Steve Smith and David Warner were punished for their involvement in the scandal. While Smith and Warner were banned for a year, Bancroft was suspended for nine months. 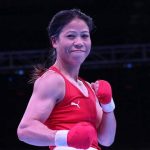