The high-octane Ashes series is scheduled to get underway from December 8. Already the five-match Test series has garnered eye-balls due to the Australian government’s stringent COVID-19 protocols and norms. It had also led to former England cricketers Michael Vaughan and Kevin Pietersen calling for the Ashes to be postponed if the families of English cricketers are allowed to travel.

Also, few bigger Australian cities like Melbourne, Perth, and Sydney, have failed in successfully carrying out vaccination drives, which has led to chaos and panic in Australia. But despite all these factors, Nick Hockley Chief executive of Cricket Australia is optimistic about having full capacity crowds present in all five Tests.

“At the moment, based on vaccination rates, we’re very hopeful we’ll be able to have crowds,” Hockley told Melbourne radio station SEN.

“The Ashes is so big, every Test has its own unique character. In the first instance we’ll be doing everything we can to play the schedule as planned and very hopeful and optimistic that we will have crowds,” Hockley added.

“We have a range of protocols that fit any given circumstance and we’ll react accordingly.”

England are set to travel to Australia after competing in the ICC T20 World Cup. This will mean that some players who are regular in Test and white-ball squads could be away from the family for close to 10 months. Moreover, several players are likely to pull out of the series if the COVID-19 restrictions are not eased.

Cricket Australia is keen to stage the series as per the schedule else the board could suffer huge financial losses. The apex body is working rigorously to find out strategies for a successful staging of the series. They are also in touch with the Australian government to get exclusive relaxation for the players of both teams.

“We’re working sensitively and constructively with governments to try and put in the best possible plans for players and support staff for both the England squad and our own squad. We’ll continue to work through the appropriate channels to try and get support for families to join the tour,” he concluded. 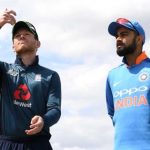 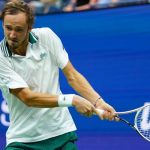